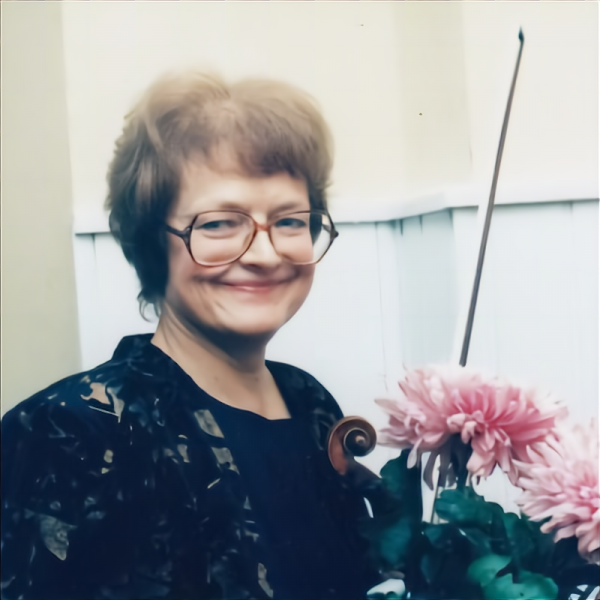 Audronė Vainiūnaitė (Lithuania) is a Lithuanian violinist and pedagogue, the daughter of famous Lithuanian composer and pianist Stasys Vainiūnas. In 1965 she graduated from Moscow State P. Tchaikovsky Conservatoire. The same year she became the first violin at the Vilnius State Quartet. In 1969, she completed her post-graduate degree in Tchaikovsky Conservatoire in Moscow, where she studied with prof. David Oistrakh, as well studied in the quartet class of Viktor Gvozdecki and Asatur Grigorian. In 1986 Vainiūnaitė taught at the international violin masterclasses in Finland, in 1988 and 1989, led violin masterclasses in the name of David Oistrakh in Vilnius, in 1991, and taught masterclasses in United States. Since 1989 the violinist has been a LAMT professor. A. Vainiūnaitė was awarded the 4th Class Order of the Lithuanian Grand Duke Gediminas, the Lithuanian National Culture and Art Prize, the Baltic Assembly Prize, the Carry Your Light and Believe prize. The violinist has had concerts in more than 50 countries with the Vilnius State Quartet, annually giving around 80 concerts in Lithuania and abroad. In 2000 the ensemble performed a fundamental cycle of eight concerts All String Quartets by Ludwig van Beethoven, whereas in 2001 – cycle of six concerts Evenings of Romantic and Lithuanian Contemporary Music. In 2003 Vilnius State Quartet finished a unique cycle of 15 concerts Evenings of Chamber Music from European Union Countries, in 2005 – cycle of five concerts Chamber Music from New Countries of European Union. In 2007–2008 the ensemble performed the cycle of eight concerts Wolfgang Amadeus Mozart and Vienna, a year after they introduced the audience with the cycle of nine programs Quartet and Piano. In the repertoire of Vilnius State Quartet, that consists of 450 musical works, there are over 150 works by contemporary foreign composers as well as about 100 works of Lithuanian composers. With the quartet Audronė Vainiūnaitė played all 83 quartets by Joseph Haydn, string quintets by Mozart. Jewish music performed by Vilnius State Quartet was performed in the Holocoust Museum in Washington (1997) as well as in Vilnius, in the European Council Colloquium dedicated to Yiddish culture (1995).